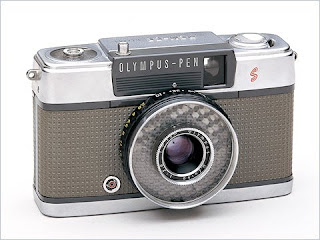 12:53 PM me: hey if you have anything that you think might fit that would be awesome
12:54 PM we might have enough for this issue, but i'd like to see them in any case
pierceta: sure, i can pass along a couple of photographs
i use a 1962 olympus pen-ee...
which takes 4x3 photos...
12:55 PM me: interesting...
pierceta: and then you print 2 to a 4x6
me: ah
ok
pierceta: so you get strange pairs
or diptychs
if you will.
me: heh
i like how you prefaced that
instead of just going out and saying "diptychs"
pierceta: ha
12:56 PM diptychs sounds pretentious
me: yes
---

Sick, apartment-ridden. Yesterday was spent playing Facebook Scrabble (annoyingly retitled "Lexulous") and listening to the "Lo-fi" station on Accuradio internet radio. This took place over the span of the entire day.

Over the past two weeks or so, I've been downloading and buying copious amounts of nmusic. Being sick and apartment-ridden has brought this music acquisition to a heightened state of activity.

Some of my more notable recent purchases and acquisitions, care of emusic, bittorrent, and the used record store:
Songs on albums not included but that are awesome nonetheless and also newly discovered (by me, at least):

*Hopefully I will figure out a way for these will be available for download.

*UPDATE (2/9/09): I have figured out how to upload music files. However, I have also decided that it would make more sense to upload music from the albums I have talked about earlier. So here they are:

Email ThisBlogThis!Share to TwitterShare to FacebookShare to Pinterest
Labels: gchat, music, som imaginario, thomas pierce, too much other shit to tag

let me know if you find out. on second thought, only let me know if it's good -- i hate liking something for the way it sounds only to later discover the lyrics are terrible, so bad they throw the entire project into suspicion.