There are people who like lists, like Trevor and Jenn. And then there are people who don't, like Meave (no link because she is secretive and only posts interesting things "friends only"), who says that "lists, along with McSweeney's, are killing American humor as we know it."* And this post is dedicated to all of them, to all of you.

*Ironic considering the means by which Meave and I met. It was, you guessed it, through a list -- this (warning: shameless plug upcoming) thing I wrote in The Morning News (link to it on the side bar). It just goes to show that Meave, like all of us, is a bit of a hypocrite. Oh -- hi, Meave! We were just talking about you.

1) Funniest List Ever (and by Ever, I Mean "That I Have Read in the Last Week, or More Probably the Last Day, Although I Cannot Remember Exactly): Artist List: David Cross: Albums to Listen to While Reading Overwrought Pitchfork Reviews.

2) Top Ranked Items When You Google the Word "List"

3) First Four CDs I Ever Bought

5) First Two Hundred People I Ever Slept With

And, yes, all of this is just an excuse to post:

7) The Things I Did in the Last Two Weeks

-Found a syringe laying on the ground in the park (an entire post dedicated to it, several days back)
-Had a bizarre glasses-wearing older man awkwardly blow kisses at me on the bus
-Sold a couple hundred dollars worth of musical equipment
-Witnessed five guys getting arrested, directly across the street from my apartment
-Wrote (and did not send) several really bad love letters
-Saw free concert put on by Aimee Mann and Seu Jorge
-Met Aimee Mann 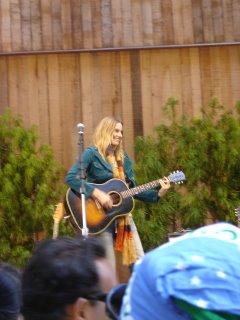 -Started the books Blood Meridian (Cormac McCarthy), The Elephant Vanishes (Haruki Marikami), If You Want to Write (Brenda Ueland), becoming passionately and unhealthily enthused by all three
-Finished the books The Book of Laughter and Forgetting (Milan Kundera), Chronicle of a Death Foretold (Gabriel Garcia Marquez), The Metamorphosis (Franz Kafka), loving the first and appreciating the second and third
-Witnessed numerous men peeing on the sidewalk
-Witnessed a man pulling down his pants to poop in the corner of a laundromat
-Watched amused and dumbstruck, as he attempted to do so
-Realized, begrudgingly, that the people who yelled at him to stop and then get out, ultimately, did the right thing
at 2:33 AM

haha, a peek into the life of james yeh.

btw, if you have the chance 'immortality' by kundera is a great read. and 'one thousand years of solitude' by marquez is slightly more than a waste of time.

i. am. forever. traumatised.

Extra, Extra! James Yeh's blog has now completed its transformation into a medium through which he brags about publications and obscure girls! Don't miss tomorrow's edition!

That came out meaner than I meant it to, James. You know that I like (most of) your blog.

So you're saying you're a virgin.

You want a list, Mister Yeh? Here's my response to your blog:

1) I hate you.
2) You know lists are lazy humor.
3) You forgot to mention 3 a.m. yoga in my bedroom.
4) I had a couple friends who used to be in a band called The List. They did not, however, sing songs in list form.
5) Did I mention I hate you? Because I toooooootally hate you.
6) We better hang out again before you leave me.

Four Responses to Four Ladies, in, of course, list form:

1) Brat -- I've heard Kundera's other famous book is quite good and have it on my To-Read List. One question, however: when you say GGM's 100 Years is "slighter more than a waste of time", is this sarcastic or serious? My guess is the former, but I gotta be sure.

About the Parisian jacker-offer (or should it be "jacques-er-offer"?): yuck!

2) Becky -- I've learned that's something you do. But still, don't be too harsh on the story. I've been feeling, well, for lack of a better word, sensitive lately. *ahem*

4) Meave -- I hate you too. In fact, hate isn't a strong enough word to describe my feelings. Loathe, perhaps?

Oh, and we should toooootally hang out. Maybe over the weekend sometime. Or the weekdays. How 'bout dinner one night?

And I have a CD for you.

ow-
you're way to cool for me.

(And McSweeney's sucks the big one. Just agreeing.)

actually it was the latter.

never before had so many people suggested i read the same book.

so i purchased a copy and was ready to be transported to a new world.

maybe it was because i had such high expectations, but honestly i felt seriously let down.

did you read it and enjoy it? how was 'chronicle of a death foretold'?

Stitch, thanks. I think?

B, you make me laugh.

Brat, I liked it OK. It wasn't bad at all, but nothing I'd recommmend as must read material. Now Jesus' Son on the other hand...

dennis johnson went to u of iowa!