It seems the new thing to do is to make fun of the hipster. After initially embracing their refined tastes in music and hair product, we’ve now disowned them, reserving the term and its qualities for ridicule.

“Go listen to some Death Cab, hipster,” we might say. “Go watch some foreign films.” “Go try on some women’s jeans.”

We poke fun of their gravitations toward Brian Wilson, thrift-store androgyny, and “irony” (intentional overuse of both quotations and italic–yes, it’s that pretentious.) The idea of a “hipster ironic”, where the user is so proud and self-congratulatory in both delivery and mindset that his use of irony comes crashing down making him appear not only unfunny but like a prick as well, has been coined. Some of us have even ventured to deem the movement as “yupster”, combining the word “yuppie” to describe their often upper-middle class roots.
But do they really deserve all this lambasting?

My body says yes, but my mind says no.

The thing is I don’t even think they exist. Before calling me a hipster-lover or anti-anti-American (or something regarded as equally heinous in these times) hear me out on this one. Unlike other groups who proudly wear labels (i.e. hippies, veterans, Republicans), I’ve never met someone who said, “Yes, I’m a hipster”. There’s always the qualifying “but” involved. Perhaps it’s just because they’re smart, or trying to be? Or is just denial? Regardless it seems that true hipsters are impossible to find–the very idea of it is a paradox. A true hipster would never, ever call himself one.

He would call someone else one.

Which is, of course, quite ironic. In both ways. 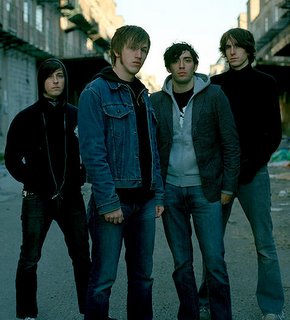 I don't know where everyone's comments for this post went. Weird.

Fine. I'll just call you a hipster again. The pleasure's all mine! Hehe.

Any discussion using the word "hipster" automatically qualifies it as unhip and uncool. Discuss them all you want, but you do it from a distance, and the gap is what separates you the observer from them the actors. Jane Goodall never was a gorilla, no matter how intimately she felt she knew them.

Really it's best not to analyze a subculture that you align yourself with, however weakly (and yes, sharing musical tastes counts); you can't be a part of something you're analyzing: A vested interest in something ruins your scientific remove; and if you do clearly delineate the difference(s) between "you" and "them," you certainly can't count yourself as part of their group, even sometimes.

Hmmm. Blunt, chopped hair. Thick-framed glasses. Played in a band. Writer. Mentions Craigslist. Mc-freaking-Sweeney's Internet Tendency. J-by, I think you could have done much better than pick a random photo of some dudes who look more like S. E. Hinton's The Outsiders than bona fide hipsters by staying closer to home...

B and M, I've republished your comments for posterity's sake. Enjoy.

Regarding your comment, M, this is why I've decided to go corporate. You notice I make this decision, feel comfortable about it, and then regress immediately and entirely into posts like this one: Post on me dancing with a "topless coke whore". Yup, that's me--the shameless kissing and telling corporate whore/indie rock enjoying/hipster tendencied/wannabe writer.

And B, thank you for such a great link; I think I'm going to send her my mss.

As long as you're wholeheartedly shameless, I think you can do whatever you want. Slut.