What I did this weekend, in narrative and approximated conversations:

1) Signed on at a temp agency. The guy at the agency asked how I had heard of them. "Google," I responded. "I liked the website. It had an airplane on it." What can I say? I'm quite a deep thinker.

3) Got hit on by 15 year-old girls outside the Safeway.

Me: "Do you or don't you want me to buy you cigarettes?"

4) Saw the band Rogue Wave live and for free. They rocked. And I got to meet them after the show. Really solid guys.

5) Tried haggis. Haggis! It tasted like seasoned rice, but with a strange sandy and liver-like flavor. Ultimately revolting: One bite was tolerable, five (like I had) was disgusting.

6) Hiked the scenic Sutro Baths and Point Lobos with a friend.

7) Received "the eye" at Robert Burns night at a bar from a pretty girl who I later talked to and found attended Princeton, who later dissed me.

Me: "Where did you go to college?"

Me: "Well, I've never heard of Princeton either."

That's pretty much the gist of it. She thought I looked like someone she knew. Someone she knew that she was madly attracted to. Apparently, she was mistaken. 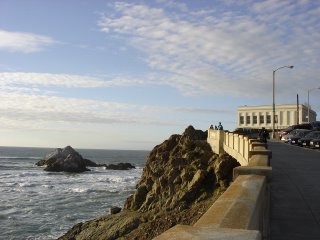 And an example of my sophomoric humor: 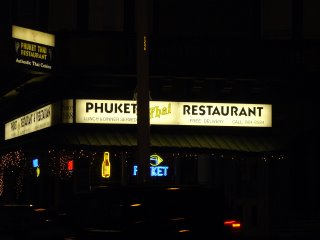 What was the point of haggis?

It sounds like women are throwing themselves at you, J-by! For phuk's sake, how could you possibly let your self-esteem get low in that department?

Thanks for posting. I feel better.

The haggis was in celebration of Robert Burns Day at a local pub. There were bagpipes, kilts, and unintelligible Scottish accents abound.

And the mojo is a funny thing, Benny. Sometimes you've got it and other times you don't. Apparently I've been having lately--just ask the local junior high.

Did I say women? I meant to say little girls.

If you wait a few years, they'll be as old as you... And you'll be older, too. You could get married in New York and tell your story to the Sunday Styles section. "James bought me smokes, you see. And I massaged his ego."

Unless there's more to this post than you're willing to admit...

Benny, you know I don't kiss and tell. Unless she's really hot and it would impress my friends.

In all seriousness, all that happened was the girl yelled at me while tugging at her pants and I walked back to my flat laughing with my cousin and his friend.