The sad truth about James Yeh

I had a really great time downtown Tuesday night going to Nick's, a bar where the average age is somewhere in the 30's. Sitting in a booth by myself, I drank Bar Harbour Blueberry Ales while reading David Sedaris' "Me Talk Pretty One Day". I conversed with the bartender about indie rock music and beat poetry while getting a second bottle. I ran into a professor I had in undergrad and called him by his first name, and although I've always called him by it, there seems to be a trend. Which is: I'm dangerously close to becoming an old man, and a pretentious one at that.

Here I am explaning just how good the band Broken Social Scene is. 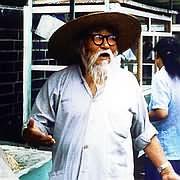 Hey, you have a great blog here! I'm definitely going to bookmark you!

I have a teen group sex Check It Out!

I have a few gray hairs myself...started coming in when I was twenty. Hopefully I won't look like Steve Martin when I'm thirty, but you never know.

Oh, and (joining in on the anonymous replies) you have a great blog here I'm gonna bookmark it and post crap about teen sex or stuff...because you're a dirty, dirty, dirty old man

I really like your blog. Not just because its funny and interesting and real but because I write a lot too and I think you are a much better writer then I am. And thats me being completely honest. I wish I could put words together like you do. Im jealous and that brings me back to your blog continuously. I hope you pursue it because if you dont, this world is missing out on a lot. I hope to talk to you someday soon about your writing.
-sara

Yeah, Trevor, I didn't realize the irony of me talking about being an old man and then receiving comments about teen group sex.

Also, where can I send the check to, Sara?