Here are some more pictures taken from my travels this summer. Note: these pictures generally have little if anything to do with actual "sights" in the respective cities. You can go to google images for that. Rather, what these photographs attempt to do is illustrate just how absurd and amazing life can be. That and how perplexing my sense of humor is.

So bring on the pictures! 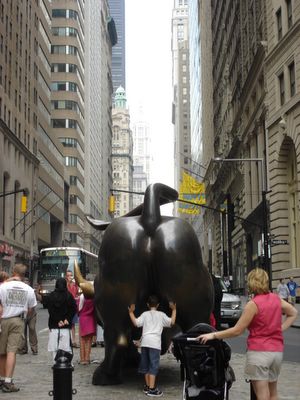 What is most funny about this picture is not that the child is sticking his head between between the buttcheeks of a very anatomically-correct bull--just look at that bulbous thing next to the kid's beltline--but that the mother is just watching him do it. This picture was taken just before he decided to pose for his mother's camera, his head cradled by the bull's two giant golden testicles.
(New York, NY. Financial District.) 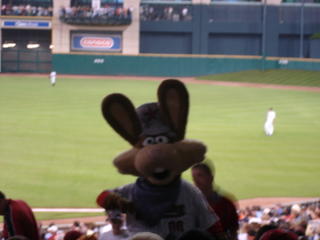 This is Junction Jack, mascot of the Houston Astros. I don't really know what an "astro" is, but what it has in common with a rabbit beats me.
(Houston, TX. Minute Maid Park.) 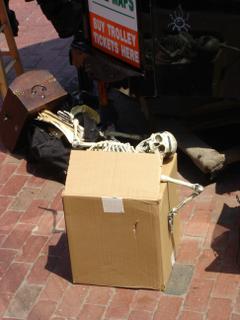