valentines and indictments: i was blogged about slash quoted; bike experiment, week 7 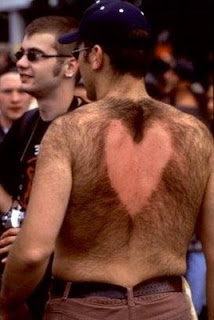 nicolle elizabeth wrote a great essay for the fictionaut blog, in which i am quoted next to, of all people, my teacher, the ever-wise and brilliant, sam lipsyte.

which is kind of funny because this was actually something i'd gleaned from a conversation with sam lipsyte, regarding gilbert sorrentino's imaginative qualities of actual things -- sam was saying how the book was both a love letter and a fuck you to his generation, or something like that, maybe he had actually used the terms "valentine" and "indictment," i can't remember exactly. though i do remember how it felt, which was like something unlocking in the rusty lock of my head. in any case. however it happened, this was something i then applied, in some drunken bar conversation with nicolle, to another book (not that it matters here, but it was roberto bolano's the savage detectives, a book which bolano had described as "a love letter to my generation.") the circle concludes. kind of funny.

---
this happened a little while ago, but there was a nice note in vol. 1 brooklyn about my gary shteyngart interview for gigantic.

The foodie interview in Gigantic Magazine with Gary Shteyngart is pretty priceless, and if the entire issue weren't as good as it is, this interview alone would be worth the small sum of three bucks.