Seven Things About Me 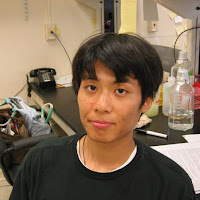 Mike Young tagged me to say seven things about myself. Mike's list, which he composed entirely of previously written statements, is an exercise in what he describes as "Depression-era conservation values". Because I have nothing further to say (it was all said in my "work", which was finished as of 4pm yesterday[previous post]), I am tempted to attempt something similar. Or I could just try fact. Or really sad truths. Perhaps all of these. That's what I will attempt to do: things I have said that are also statements of fact that are also sad in what they say about their creator, me.

The beat goes on, tags to these fine folks:

Email ThisBlogThis!Share to TwitterShare to FacebookShare to Pinterest
Labels: mike young, my stuff

i have failed to accomplish this task. but i did admit to eating a duck, which is something.