Teaching others how to be funny, publication, a literary satanist, internet TV pilots, and odd searches 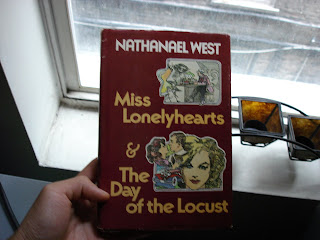 Tons has been going on in my life. A brief recap:

-I finished a month of co-teaching a Comedy Writing class to high schoolers at Columbia with my friend Lincoln. How was it, you may ask? Well, I don’t want to say we changed any lives, but OK I’ll say it: we changed some lives.

An excerpt from one of the things we read in class (and maybe the funniest two pages I've ever read), Jack Handey's "My Nature Documentary", originally published in the New Yorker:

Show monkey trying to join group of monkeys (real monkeys or children in monkey suits, whichever is cheaper). Our monkey is driven away by the leader of the monkey pack, a vicious, snarling brute (papier-mâché marionette). Subtitle translates snarls as "You thought you were so great when you were riding on that giraffe’s neck, but you aren’t so high and mighty now" [...] For comic relief, show monkey approaching a skunk and getting sprayed. If monkey will not approach skunk, feed monkey whiskey so he will relax and go up to skunk. However, do not let him drink too much or he may kill skunk. -I published a concert review at QRO Magazine of the recent …And You Will Know Us By The Trail of Dead show at Luna Lounge in . Photo by Jack Jeffries.

-I read Miss Lonelyhearts by Nathanael West, a book recommended to me last year by my professor at Columbia, the fantastic (both senses of the word) writer Rebecca Curtis. A book one Amazon.com reviewer described as “unnerving as a glob of black bile vomited up at a church social, empty, blasphemous, and horrific” and as being written by a—and this is another reviewer’s words—“literary satanist come to torment and educate us all through demonic revelries that move in slow motion.” Needless to say this book changed my life.

-I recorded some music with my band, Magic Tricks. Three tracks and a "30-second heavy-metal theme song for a cooking show pilot to be aired on internet TV". The only requisite we had was to somehow incorporate the word "Parts", the show's title, into the song. The way we did it was very AC/DC, you know, like chanting "Oy! Oy! Oy!" but instead "Parts! Parts! Parts!" No current link available, but rest assured, you'll be getting one later.

And for fun, a return to a little segment I like to call Odd Searches That Led to This Blog:

These are all nice and bizarre, but the winner for strange searches is one person in , IN who, around 7pm on August 5th, searched: james yeh pretentious. What can I say -- that's pretty awesome.
at 1:51 PM

uh you and i need to talk soon. cooking show pilot? tell me more.