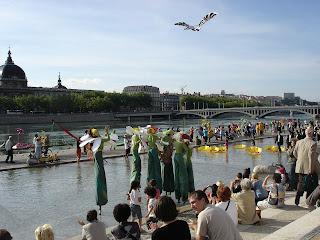 Bonjour from Lyon. Today was spent sleeping on and off at strange hours of the day. Highlights included watching the electric blue sunrise come in at 5:30am, witnessing some kind of bizarre street carnival, and eating a delicious meal whose name was translated on the menu as "calf sweepstakes". (I tried looking this up on both wiki and google, but to no avail. Whatever it was it was tender and succulent.) Tomorrow Christina, my newfound friend, and I will be embarking on a ten or so day eurail trip with several nights in Paris, Amsterdam, and Barcelona. Updates will be delayed if at all until l I get back to Lyon. 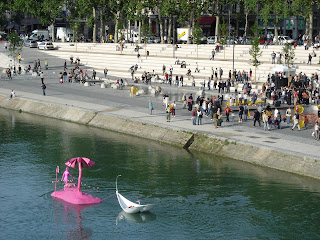 Before leaving for my great European adventure (Eurotrash Summer 2007) my friend A gave me some sage advice on what to do while in Europe: "Get a hooker. Eat cured meats." I haven't done either, but I have learned a few new facts: 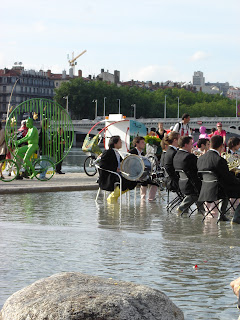