Break has given me a chance to catch up on my internet browsing. As most of you know, over the last three years or so, I've become a bit of an audiophile, downloading gigs upon gigs of new music, creating Best Album of 200X top ten lists, scouring dumpsters from Williamsburg to Austin for obscure indie bands with eleven-word names that dress like furries and behave like fairies (the magic kind). In the old days, aspiring music snobs like myself would have been relegated to hanging around college radio stations, Barnes and Noble magazine racks, and local record stores to discover/learn about new music. But now with the internet, I don't even have to leave the comfort of my home bedroom bed.

A spot I like is Pitchfork, home of the overwrought, hyper-literate, and utterly useful music review. Despite often being steeped in first-person anecdotes, the reviews still manage to remain charmingly and permanently in love with the idea of good music, and this enthusiasm is infectious. Although I had heard of Pitchfork, certainly, I had never spent much time there until last night, when I spent two hours or so on their very user-friendly search engine filtering out all reviews that received scores of nine or higher and then taking my list of Pitchfork-approved albums onto the torrent (My Bloody Valentine's Loveless and The Wrens' The Meadowlands are two of my faves from the list.)

But not everything is all Beach Boy harmonies and Stephen Malkmus guitars. On the opposite end of the music review spectrum are these Amazon user reviews, courtesy of a Mr. Robert M. Flynn, a.k.a. "Farmer Ted" (Albany, NY). To call Flynn's some 50+ user reviews uninformative is an understatement. If you can see past the numerous typos, misspellings, not to mention incorrect punctuation, the reviews are digressive, shallow, extremely subjective, and juvenile to the point of ludicrousity (is this a word?). And yet somehow in spite of all that (or perhaps because of it) the reviews are oddly compelling, the kind of review you read not for the information, but for the author, who I imagine to be a cross between these guys: 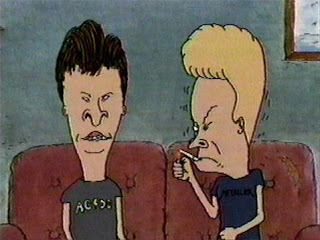 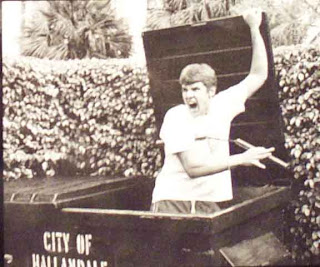 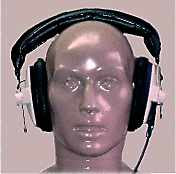 An excerpt of one of these (unintentional) comedic gems:
"[Architecture in Helsinki's In Case We Die] is probably one of the most annoyingly worst albums I've ever heard in my life.
What is this?
If you like this, than like it.
But I just can't see what situation I'd ever be in that could call for something as annoying as this.
In the woods? Nope
In my car? Nope
On the ocean? Nope
I really just can't figure this kind of music out. and I listen to wacked out music...but...I don't know man.
It may be a New England thing or something.
Yo. I found this really cute album. Oh....ohhhh....yeeah.
Worst ever."

I swore I thought I saw "Audioslave" in the first few sentences of your post. Don't worry- I'm totally demanding my money back on that speed reading course I purchased from the TV.

PS: here are the instructions for getting on my airplane:

"It's just a jump to the left
And then a step to the right
With your hands on your hips
You bring your knees in tight
But it's the pelvic thrust that really drives you insane..."

"Let's do the Time Warp again!"

Some good music I found this year, thanks to iTunes or my own obsessive record-buying:

Can I just say that I'm shocked you had never heard either Loveless or The Meadowlands before? Speaking of music, where's our best of 2006? I guess I'll have to get around to making mine sooner or later.

now that i'm relatively caught up on the current stuff (or maybe adequately is a better), i've been working on filling my gaps.

Can you also believe Doolittle was a recent discovery?!