Have warped sense of humor, will travel

It seems I've been reaching a whole new readership lately: spammers. In an attempt to appeal to all sorts of online denizens, shady and unshady, here is a mock ad I did recently, in response to an online offer for a job. They told me to make this really boring ass software company's introduction page humorous. So I did. But maybe I didn't. I still haven't heard back from them.

Note: the image below is "NSFCL"--Not Safe For Computer Lab.

Q: That’s great. How on earth do they do that?
A: FinePrint products like pdfFactory do away with paper use altogether by creating electronic documents. In addition, FinePrint makes products that can be used to eliminate pre-printed letterhead. Internationally prestigious bank HSBC recently used this capability with over a thousand different letterheads and, in doing so, reclaimed an entire floor of its headquarters in London, which was previously devoted to storage of letterhead. In her rural West Virginian home, my somewhat provincial aunt Gladys used this same technology and reclaimed her little Jack Russell Terrier, George. He wasn’t hit by a car or served up as an appetizer by that foreign restaurant down the block. He was just under a big stack of letterhead!

Q: What else does FinePoint do that I should know about?
A: Rescue helpless kittens from trees. But that isn’t all. They also are helping rescue the planet. As a proud member of 1% for the Planet®, an alliance of businesses that donate 1% of their net annual grosses to grassroots environmental groups, FinePoint is basically a group of warm-hearted and planet-conscious people, sometimes referred to as “hippies”. But unlike hippies, who only understand the rudimentary physics of hackey-sack and the color imagery used in Pink Floyd’s The Wall, FinePrint also understands the “big picture”: That not caring for the environment is, in two ways, exactly like eating a poor, defenseless baby. 1.) It kills the future. 2.) Society frowns upon you. On the other hand, caring for the environment, like FinePoint does, is like getting your first kiss and winning the lottery, combined and then times two!

Q: Amazing! Is there anything FinePoint doesn’t do?
A: Well, to be honest, there are some. Like sell your name to advertisers who will spam you constantly, advertising new, easier methods to increase the size of your external reproductive organ. Although the idea of “trimming” apparently gives the illusion of such a feat, FinePoint's procedure of choice is "the pump". Happy lengthening, studs! 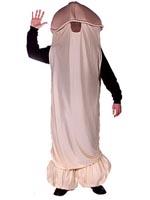 Well damn! I'd try that there FinePoint/FinePrint software but for the kitten-rescuing thing. Stoopid kittens. Stay out of the fucking trees!

First thought when I saw the picture: "Hi kids, I'm Winky the Penis! Do you know what I do all day? That's right, I flop around and come out occasionally to say hello to my old friend, Mr. Toilet!"