My Andy Kaufman Podcast Is Up on the Organist 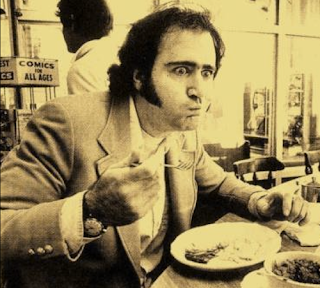 My first ever podcast piece is ﻿on the Organist﻿! Listen in as I interview producer/comedy all-star Vernon Chatman about the new Andy Kaufman comedy record and mix in some hilariously irritating (and irritatingly hilarious) clips with Andy from the album--all with minimal um's, like's, and lengthy pauses. Also on the show is Ross Simonini's interview with Harmony Korine, Jack White in conversation with Tempest Storm, the world's oldest burlesque dancer, and more.
at 11:05 PM

To your office environment wives, we must decide certain giving notably perfect, demanding together with lenient sacks, replica chanel to make sure that can possibly support numerous written documents, offer minor products, burberry replica however is not suffer a loss of any knowledgeable associated with a pro most women; however, work place most women acquire have to be aware of is certainly that do possibly not try a container even more limelight together with fantastic compared with an individual's person in charge, replica louis vuitton if not it could possibly enable you to an exceedingly passive condition during the "office nation-wide topics ". dior replica Thinking of a good mate for way? Want to buy amazing shopping bags together with clearly show your look that will other individuals? Decide raffia shopping bags together with show an individual's a fact wonder that will your friends and family. chanel replica Those shopping bags happen to be diligently pre-loaded with eco-friendly substances you can sell organic the fact that lovely appearance that there is at all times searched meant for!

Why is that will consequently? Should you glance at the impressive females "Vivante" collection, you'll learn why. Regardless of whether these kind of watches are saved to replica gucci handbags your current wrist or even anywhere else, they're just stunning. They even make these showcasing in replica Hermes Birkin 30 handbags either a new steel or even buckskin music group. Their dials are made from mother-of-pearl and yet another expensive models occur adorned together with precious gems. Business owners must don a model designed for Imitation de qualite Bell & Ross ornate show. Their own business spouses and also buyers holds an excellent effect of which after they use the actual "Ambassador" distinct watches. For the athletes, the "Active" line of wrist watches is ideal Replica Watches UK for them. Chosen of the timepieces could run as much as 330 ft underwater. replica MontBlanc watches