Some Updates about the Things I Have Been Doing 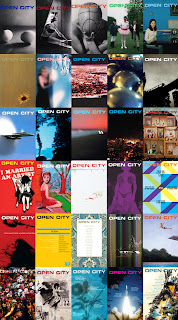 I wrote a short article for The Faster Times about Open City's sad demise. Included are excerpts/links/full-text transcriptions to some of my favorite things they've published, including a story by Sam Lipsyte and one of my favorite poems ever, by David Berman ("Classic Water").


Once she told me the story of the time a minor movie star was leaving a party and motioned her to join him in the elevator. She hesitated. The door shut.
“I was waiting for your father,” she said. “He was in the can.”
“That guy just wanted to fuck you,” I said.
“How do you think anything beautiful begins?”
Here is where I wrote about David Berman's new blog (more on Berman below). 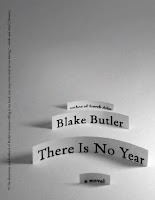 This Thursday, March 10th, 2011, I will be participating in a "marathon reading" of Blake Butler's new novel There is No Year at the Center for Fiction in New York, NY. Some of the other readers include Cal Morgan, Giancarlo Ditrapano, Adam Robinson, Catherine Lacey, Dorothea Lasky, and others.

The reading is part of a 4-night run of readings for Butler, which will feature readers such as Lincoln Michel, Adam Wilson, Kendra Grant Malone, Justin Taylor, Ben Greenman, John Dermot Woods, Emma Straub, and others.

Here is where you can read more.

--
The past few days I have been transcribing an interview I did recently with the novelist and short story writer Lynne Tillman for the forthcoming print issue of Gigantic.

The issue is, I think, packed with tremendously exciting stuff--short stories from John Haskell, Joshua Cohen, Diane Williams, and Anelise Chen; a truly wild conversation between Gordon Lish and Chloé Cooper Jones; an unprecedented collaborative poem between Joe Wenderoth and the aforementioned David Berman; art from Ian Huebert, Michael Crawford, and much, much more..


--
Despite all the internal tumult, Harper's Magazine remains, as it will hopefully always remain, excellent. This month I particularly enjoyed the Readings section and this month's fiction, a story about an Egyptian pharaoh, by Daniel Mason.

It's a little heartbreaking that all this has been happening there. The only good thing I've gotten from this is this, applicable to so much of our daily exertions:


The editors clearly believe differently, but as a colleague once told Mr. Ross after an office disappointment, "Harper's will never love you as much as you love Harper's."

--
The new NOON is going to be great (disclosure: I helped copy edit approximately 30% of it). If I'm remembering it correctly (it was in December when I read these pieces), Clancy Martin has a harrowing and unflinchingly clear piece on the history of suicides in his family and Deb Olin Unferth does a hilarious family/self-skewering centered around a family meal.


--
Finally, Mike Bushnell named me #24 on his "Online Literary Power 25," quoting something Kyle Minor said on HTMLGiant, that I was "probably one of the four or five best writers in the United States who hasn’t yet published a book." Flattering. Thank you very much, Mike and Kyle, for your generous untruths.
at 1:57 PM