look how creative everybody is 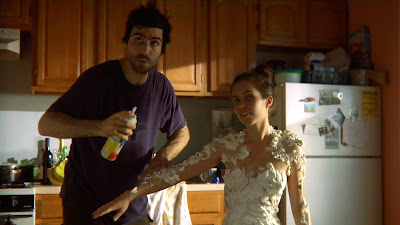 I wrote an article about the movie Gabi on the Roof in July for the Greenpoint Gazette. Among the topics discussed: Jennifer Aniston, Fluxus art, nudity and the neighborhood in which I live.

"My real feeling is, I like it here. But it’s not like Sex in the City, where it’s like, ‘It’s so glamorous and funny!’ Or, ‘Look how creative everybody is!’ It’s like, even the creative people are infected by the larger culture, where you have to sell yourself, or sell what’s real about you, to make a living."

I also helped two friends move to new apartments and got called a "bike fag" by some dudes as I rode around the other night in Greenpoint.

Email ThisBlogThis!Share to TwitterShare to FacebookShare to Pinterest
Labels: bike experiment, gabi on the roof in july, greenpoint gazette, my stuff