a book a week and some stuff i liked reading 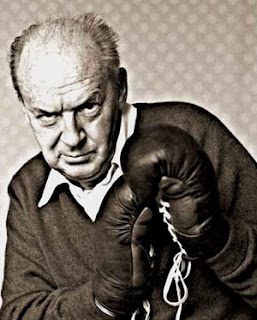 in january my friend Lincoln was telling me about a project he'd like to do: a book a week. what about a blog? he asked.

i told him sure, knowing he wouldn't really do it. i was right. but now that i've got some time on my hands (spring break will do that to you) i'm thinking why not? why not blog the books you've read this year, james?

anyways, here goes. the majority of these books are either ones I have been recommended by friends or teachers.

Charles Bukowski, Women -- I can thank my platonic Europe travel friend Christina for getting me into Bukowski. I suppose you could call this one a bit repetitive, but I loved it just the same. Bukowski's ability for one-liners are amazing. If you could talk like him and Woody Allen -- imagine! -- you could really go places. Like the bar, for example, or the psychologist's office -- both places I like.

Gilbert Sorrentino, The Imaginative Qualities of Actual Things (halfway through) -- recommended to me by the writer Sam Lipsyte. I've liked it so far, but not sure I'll finish it. Just one of those things.

Vladimir Nabokov, Pnin -- One of the best novels I've ever read. Maybe my favorite. Hilarious, sad, extremely well-written yet readable as well. "Written as all great literature should be -- which is, ecstatically," says Updike or some crap. Still, he's right. I was reading it in the stuffy quiet library on campus. The girl sitting next to me must have thought I was weird because I was so visibly enjoying the book. She kept looking over at me. This was a book for my class with the writer Gary Shteyngart.

The Moviegoer, Walker Percy (halfway through) -- my friend Kevin recommended this one to me a couple years ago. Same state as the Sorrentino book -- like it but on pause. I have no problem doing this, putting a book on pause, which, according to a lot of people I've talked to, is odd.

Zbigniew Herbert, Barbarian in the Garden -- I loved his poetry collection, Mr. Cogito, and this is one of the best travelogues I've ever read. It's also one of the only ones I've read. In any case, "Ziggy", as I like to call him, as no one likes to call him, is one a sarcastic bastard. He's also one humane one. And the writing -- oh, the writing! Moving as hell. Makes you want to travel the world, dig up joy and sadness in its blackest, unfiltered forms, then put them in your mouth and spit it up like cheap vodka. Something like that. I'm told this is one of his best and I have no trouble believing it. Read this on the eight-hour plane ride from NYC to SF.

Jhumpa Lahiri, Interpreter of Maladies (almost done) -- Lukewarm on this one. I had read the story "Mrs. Sen" a couple years earlier and I seem to remember liking her more before I entered this program than now, as I'm about to leave it. Everything seems so pretty and dramatic. Metaphors for everything. To be honest, I guess I just have trouble buying it. Of course, she's the one with the Pulitzer and I'm the one with the blog and stacks (virtual) of unpublished manuscripts.

looking back on it maybe i should just call this "a book a month", because my results so far are pretty lousy. i'm probably the slowest reader i know. i have read some more short stories i liked that i would like to give you links to:

"Shoplifting at American Apparel" by Tao Lin, published by Vice. Certain sources will tell you Tao Lin is something of an it-boy of current fiction (if there's such a thing) -- a shamelessly self-promoting 24 year-old writer of blog posts, odd poems and odd fictions, a few of which include as characters, Haley Joel Osment and talking dolphins. Some find this appealing; others offensive. Me, I'm on the fence about this guy's work, which, in many ways, is kind of a good thing. Anyways, this is a story of his I liked.

"The Children of Dead State Troopers" by Keith Lee Morris, published by The New England Review. To disclose fully, Keith was a teacher of mine back at Clemson. But that doesn't mean I'd just plug his story if it wasn't good, which, I think, it is. I mean, who here from the South can't appreciate calling a penis a "wiener" and naming a police officer Officer Joe Butter Rentals?
at 1:49 PM