stories will save your life

this weekend has been spent back at my parents' in south carolina while also attending a bachelor's party near asheville, nc for my old college roommate. in addition to the bare breasts (only breasts -- nc has a law against full exposure), red meat, and football i've been catching up on some non-required reading as well.

after getting back from the "gentlemen's club" last night i found myself surprisingly engrossed by a nonfiction book on commercial swordfishing. (i should mention that i was spending the night at the college roommate's friend's parents' lake house, that the friend's parents were, obviously, not there, and that the book was, i'm assuming, theirs.) between the hours of 3-4am i read nearly 200 pages, although i have to admit i skipped a lot of the long descriptive parts about their boat and their equipment.

i'm also steadily working my way through the sun also rises by earnest hemingway. it's a pretty fantastic book and full of earnesty (no pun intended) and heart. some people i know (ahem) will scoff at this, but fuck 'em. through the first 150 pages it's solid. 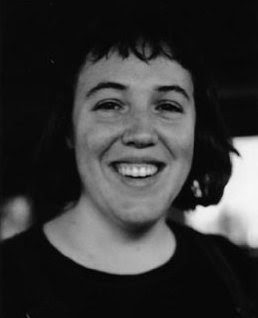 "Light" by Kelly Link, published in the most recent issue of Tin House.

In a world full of uninspired and dull fiction, it's pretty much a godsend -- possibly the best new story I've read in months. Alternate universes, odd brother/sister dynamics, Florida, and, my personal favorite, pick-up scenarios in bars. The story's a bit on the long side, but totally worth it.

This story came out about a year ago and in the meantime I've decided I now like Jonathan Ames, despite the unpleasant encounter I had with his somewhat recent novel Wake Up, Sir! I'm not going to get into it but it involves my attempt to read the novel during an eight-hour attempt to travel roughly ten miles (and no, I didn't make it). In any case this story, unlike WUS!, is, to continue with the mass transit references, like an express train to the heart, and the crotch. Short, simple, barren, and sad as shit; the last line is an absolute killer -- one of those lines that chill you while at the same time giving you hope, not that cheesy life-is-going-to-get-better-after-this kind of shit, but the here's-someone-else-who-knows kind, if that makes any sense, that kind of thing you take into your bed and lay next to it.

Sam is teaching my thesis workshop next semester. I'm pretty excited about it. This might be my favorite story from his debut book, a collection of stories called Venus Drive, published in 2001. Dirty, gritty, sharp, darkly funny, and also, almost accidentally, moving as hell.

"Bearskin" by The Brothers Grimm, published a really long time ago.

On the subway ride home not too long ago a friend and I were talking about fairy tales and I remembered this gem. A deal with the devil, farmer's daughters, and perhaps the cruelest surprise ending I've ever encountered -- all things that, of course, equal instant classic. Plus it's short -- only 2 pages. I have to say, "Bearskin" might be my favorite fairy tell ever.

Never heard of "Bearskin" before. I'm surprised Disney hasn't snapped that one up. I thought in the end, it was going to turn out that Bearskin he gets shot by someone else who mistakes him for a bear, and the Devil gives the new guy his skin...oh, sweet irony. But that was a better ending.