While tailgating with friends after the Clemson game today, a man dressed in a bright orange football jersey and carrying a green folder mistook me for a woman. My high school buddies Ben, Ben, Laura (Ben's girlfriend), and I were sitting in a folding table beside an SUV in Lot 13 when it happened.

The man was standing at the head of the table. He was visibly drunk. Without saying as much as a hello, he had wandered over to our site and now was proceeding to launch into an expletive-laden tirade. Being the good listeners we are, we decided to humor him.

Perhaps commiseration was what he was looking for -- that was what I was thinking when he began rail on about our field goal kicker's ineptitude (he missed a game-tying 39 yard FG attempt in the waning seconds) and our team's poor defensive effort. Multiple times he slammed his green folder emphatically onto the table.

"Fucking shit! Oh sorry," he said quickly, catching himself. He turned to Ben's girlfriend. "My bad about the language." He turned to me and was about to continue apologizing for his ungentlemanly conduct when, apparently, he noticed that I was not what I had originally seemed to be. "Whoa!" he said. His eyes got big. "I'm sorry about -- damn!" He shook his head. "I thought you were a woman."

The final moment of the story found me standing there open-mouthed and appalled and him proceeding to leave the tailgate as quickly as he could.

Why does this kind of thing always happen when I come back to South Carolina? 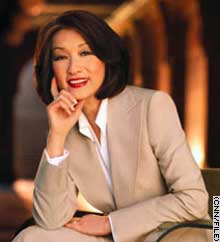 I knew I saw you in Clemson this past weekend! You were walking down 93 right next to lot A3, which is where I happened to be tailgating. Tara McQuistion looks over my shoulder and says "ok that has to be James Yeh". So of course the only logical way to figure out if it was you was to scream your name really loud, which I did, to which you replied by not turning around and continuing to walk away in the direction that you were going before the scream. I have to assume you didn't hear, although based on this post you could have thought I was just another drunk redneck trying to hit on you. Either one.
Kinda crazy we were both back home for the holidays and the game. I think it was the gravitational pull of our cummulative intellect that made Jad Deans kick go wide left. Or he just sucks. Either one.

i thought you got rid of that mullet.

robb: i wish i heard you. maybe i did but thought the drunk redneck was hollering a different james. regardless, let's hang, and soon.

Oh it is definitely back.
Yeah, let's get together. Also, I may be working at 622 Third Avenue very soon. Then we can meet every now and then in midtown for a terribly expensive midtown lunch.
Also again, did you see all the Clay Ross shows in Anderson and Greenville around Christmas? I can't believe I spent Thanksgiving at home and now I have to stay here for Christmas, if for no other reason than that.